Understanding The History Of Invisalign 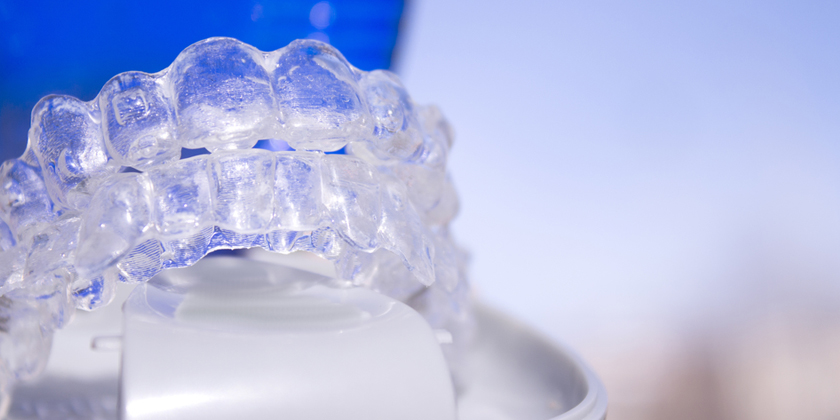 We are all familiar with children who wore metal braces on their teeth in school. In years gone by, this was the only way to achieve straighter teeth. The process was long and drawn out and often very uncomfortable. The understanding of the evolution of the tooth was less known, and it was generally widely believed that the process could only work in children. Today, the same results can be achieved much quicker and less noticeably thanks to Invisalign, and the same process can be applied to both children and adults alike.

Before Invisalign, there were some improvements made to the metal braces used for straightening teeth. These developments included a design that allowed metal brackets to be placed on the inside of teeth, but these proved to be difficult to clean. They were also less reliable because they were prone to breakage and the wire could easily be pushed out of alignment.

As his metal braces were being removed, Zia Chishti realized that the plastic retainer that was given at the end of the treatment could be developed for use as the actual treatment for aligning teeth, rather than the brackets or braces. The concept of Invisalign was born.

Chishti partners up with Kelsey Wirth, Apostolos Lerios and Brian Freyburger and as they concentrated on creating an affordable alternative solution to metal braces, they created the company Align Technology. They attracted investment from Kleiner, Perkins, Caulfield, and Byers and were able to obtain the services of Marc Levoy who used computer software at Stanford University to create a CAD model of their design, which was physically produced with the help of 3D printing.

Next, their knowledge enabled them to write a computer program that could design retainers at all stages of the process. This was developed into the Invisalign system. The collaboration broke down as the company lost a lot of money and this resulted in Chishti and Wirth leaving the company. Thomas Prescott was appointed as CEO and after a legal battle with Chisti, the uptake in Invisalign steadily began to increase.

Initial Acceptance Of Invisalign Was Discouraging

As with any advance in technology, the initial uptake of the Invisalign system by dentists and orthodontists was small. Many dentists preferred to concentrate on what had always worked for them and their patients and as there were no proven results for Invisalign, they did not take the opportunity. One of the reasons could also have been influenced by the fact that the system had been designed and created by Stanford students, rather than any professional orthodontist

By 2004, patients using Invisalign had increased to around 175,000 and the product began to win awards and profits had started to materialize. Universities began to take an interest in adding the system to their dentistry medicine programs.

The Align company has developed the system to include continuing education programs available to dentists and orthodontists, and in doing that, they have introduced very strict criteria about the level of training they have prior to certification in Invisalign.

Invisalign has not stood still in the same way that the old metal brace and bracket teeth aligners did. They have continued to invest in the product and are rolling out other advancements. These include branching out into the teenager market.

What Invisalign Means for you

Invisalign has made it possible for everyone to have the opportunity to have their teeth straightened, not only in terms of affordability, but also in terms of convenience and aesthetics. Dr. Alex Rubinov is certified in the Invisalign procedure and process and can offer a caring and sympathetic process for you. Contact him at (718) 253-0800 for an appointment.