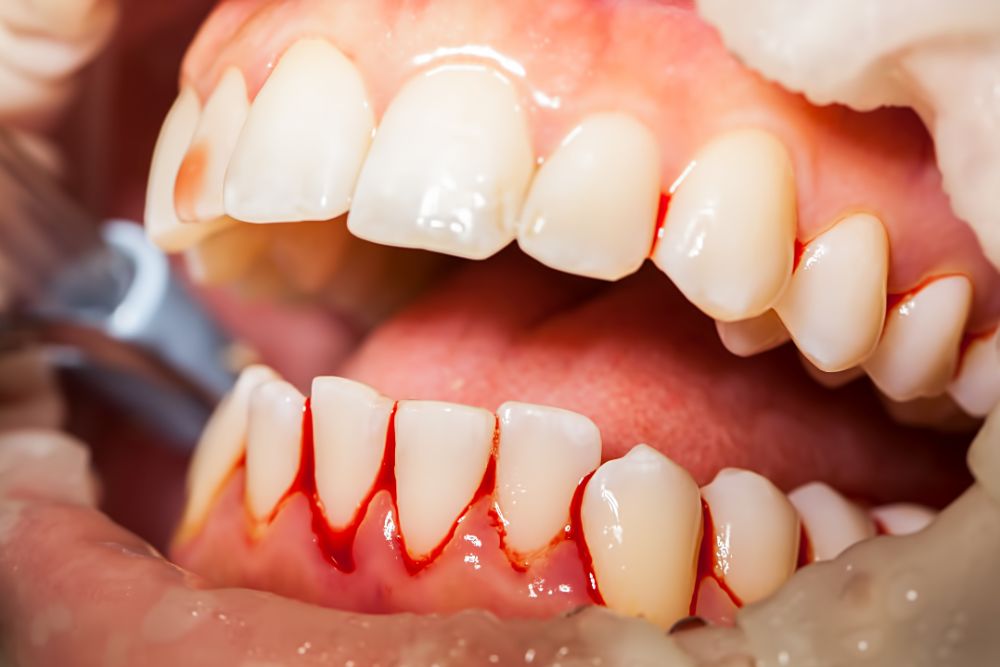 Are you bothered by the blood you see on your sink while brushing your teeth? Do you feel bad noticing streaks of blood on your dental floss? It can be because your gums are bleeding. There are many reasons behind having bleeding gums, the most common of which is an existing gum disease. This should be taken as an indication for you to see your dentist as soon as possible. Make sure you undergo a dental exam when you notice this problem. For now, we are listing the most common reasons for suffering from bleeding gums.

Known as the first stage of periodontal disease, this takes place when a plaque along the gumline has been improperly removed. This results in bacteria, thus infecting the gums, which is the reason behind why your gums bleed and become more sensitive. There is also such a thing d as pregnancy gingivitis, which is caused by increased hormones during this stage in a woman’s life. This may stop after pregnancy though. Proper oral care, brushing and flossing regularly, and routine dental checkups will help stop gingivitis.

A New Toothbrush or a New Flossing Routine

Have you just bought a new toothbrush and used it just recently? This can cause bleeding gums, especially when you suddenly made a switch from using soft-bristled to hard-bristled toothbrush. When gums bleed due to this, you must take it as a sign to slow down when brushing your teeth. Making sure you choose soft bristles for your toothbrush will bring your gums back to its healthy state.

Take note, also, that taking a few days off from flossing and suddenly increasing the flossing rate per week can also result in bleeding gums. Don’t worry because bleeding will stop after a few sessions, and should not be a reason for you to undergo an emergency dental procedure. Otherwise, if the gums bleed all the time when flossing, it is time to see a dentist.

These medications decrease the blood’s capability to clot, which leads to bleeding in the gumline, and other body parts. It is important to inform your dentist about any new medication that you are taking. This will help him or her identify any existing oral problem, so that a proper recommendation can be made to minimize and eventually stop gum bleeding.

There are certain ingredients found in processed food that can cause gum irritation, thus leading to bleeding. Eating more fruits and veggies, and food that are rich in vitamins C and D are ways to combat this condition. In addition, you should remember to observe proper oral hygiene habits all the time. Forgetting about your routine even just for a day can cause the gums to bleed. Brushing twice a day at two minutes each and flossing daily will help prevent this from happening.

Stress can compromise the immune system. This will make it hard for you to stay away from health issues, including gum bleeding, since it can cause blood vessel inflammation. The risk with which smoking increases oral health problems cannot be ignored too. Make sure you reduce your stress levels and stay away from smoking if you want to keep your gum and teeth healthy.

It is imperative to see a dentist when you have bleeding gums and you think that the situation worsens. Observe good oral hygiene habits all the time if you want to eliminate this problem.