Move Up The Corporate Ladder With A Smile Makeover 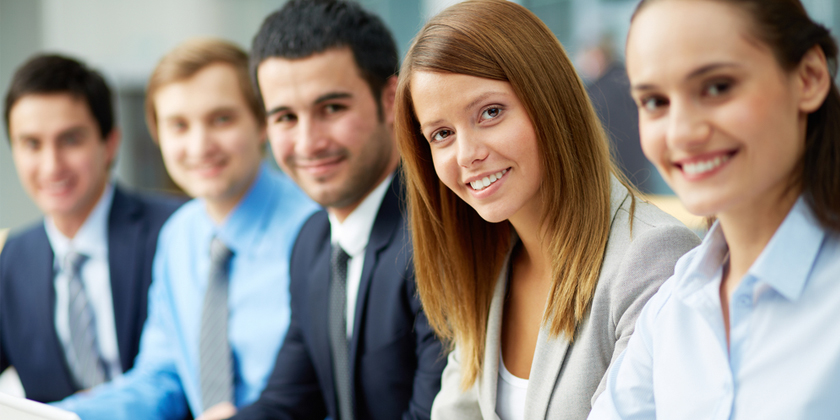 While talent, ambition and intelligence play a key role in climbing the corporate ladder, studies consistently confirm that success is also determined by physical attractiveness, particularly the quality of one’s smile. Those that receive a smile makeover have been found to enjoy much more career success and higher incomes than those who do not.

What These Studies Reveal

A group of 2,000 people were asked to view and evaluate the faces of corporate executives alongside the faces of those who were not employed in such senior positions. The results of the study revealed that looks ultimately influence who is and is not chosen to head up Fortune 500 and 1000 companies. The maturity of the faces was associated with perceptions involving both likability and competency. Specifically, those with the most mature faces were considered the most competent, while those with less mature faces were considered less so. Additionally, research has found a correlation between appearance and income, which is referred to as the beauty premium. Both corporate heads and political figures succeed in part due to their looks.

Dental Procedures That Will Enhance Your Beauty Premium

Many people aren’t fortunate enough to be born with the natural attributes which are physically desirable. However, the good news is that there are a number of general dentistry procedures which will dramatically enhance the quality of your smile, giving your face the maturity that will command greater respect and help you ascend the corporate pyramid. These procedures are dental bonding, porcelain veneers, teeth whitening and Invisalign.

Dental bonding is designed to close the gaps that appear between teeth, particularly those in front. Closing this gap will produce a smile that has greater balance and which can also repair teeth that are broken or chipped. Dental bonding involves the positioning of a special resin on the tooth which will produce a fresh surface, one that is durable and attractive. Porcelain veneers are designed to replace the surfaces of the teeth which are visible whenever you smile, and can be customized based on shape, size and even color. It will correct every dental flaw you have, making your teeth look straighter without the need of orthodontic procedures. These veneers are comprised of advanced porcelain which has been crafted in miniature shells that are thin and which attach to your teeth’s front surface.

Many people also suffer from tooth discoloration, which can result from multiple factors, and teeth which are any color other than white will dramatically erode the quality of one’s smile. The solution to this is teeth whitening, which encompasses a variety of methods which are used to give your teeth the pearly white appearance that is so coveted and sought after. However, the whitest teeth in the world will do your smile little good if they are crooked. For decades, the only solution to crooked teeth was wearing braces, which had their own issues and were visually unappealing. They have since been phased out by Invisalign, a procedure that has all the strengths of braces with none of its weaknesses. They are comfortable to wear, easy to maintain, and unlike braces are not easy to detect visually.