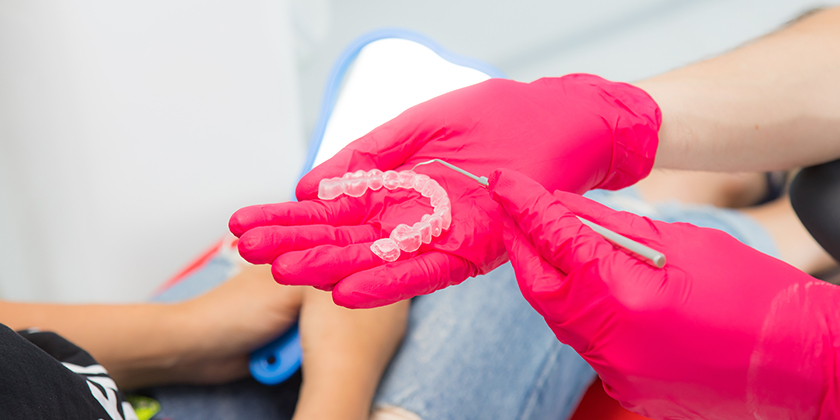 In the past, teeth misalignment was corrected using metallic braces that were put over teeth. Metal braces, however, presented some problems. For example, they could not be taken off when one was having a meal and the result was that food particles were often trapped in the metal braces leading to tooth-decay problems. There were also cosmetic problems because metal braces were not very pleasing to look at. To deal with these problems, Invisalign aligners came along.

What are Invisalign Aligners?

Invisalign aligners are made of hard plastic that is custom shaped to precisely fit over a patient’s teeth while helping align them into their preferred position. Invisalign is made of clear plastic so people who wear them don’t need to feel awkward as the aligners are barely visible. Better still, Invisalign aligners can be removed during meal times. This means the patient can clean his or her teeth as normal, clean the Invisalign aligners separately before returning them back.  This allows for higher levels of oral hygiene and lower risk of gum disease. Over the years, Invisalign aligners have come a long way and here are some of the advancements in Invisalign technology.

Finally, modern Invisalign trays use SmartTrack material that fits more easily over your teeth and is also easier to put on and remove. This makes mealtimes a breeze as you can easily take your aligners off even if you are not at home.

If you are looking for a qualified cosmetic dentist to fit the latest Invisalign aligners, look no further than Dr. Alex Rubinov of New York City. Dr. Rubinov is a professional and licensed cosmetic dentist with years of experience. Contact his practice at (718) 253-0800 for an appointment.