How To Know If You Are Brushing Your Teeth Too Hard | Cosmetic Dentist Dr. Alex Midtown NYC
Skip to content

How To Know If You Are Brushing Your Teeth Too Hard 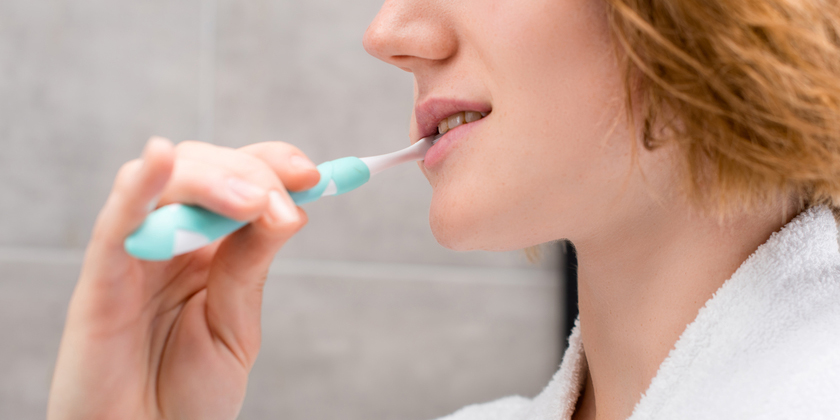 A common mistake that is made while brushing is brushing your teeth too hard. While it may not seem like a big deal in the short term, it can cause significant long term problems for those that continue doing it. We’re taught as kids that regular brushing is important in the prevention of cavities, but many aren’t taught how to do it correctly. Below are some general dentistry tips that will preserve the longevity and comfort of your teeth.

Tooth brushing is not the same as scrubbing a dirty floor or cleaning boots. Many are under the misconception that the more force they use, the cleaner their teeth will become. In reality, brushing too hard over time can actually contribute to increased sensitivity and tooth decay. Teeth should always be brushed gently, because although they’re tough, the gums which surround them aren’t. You want to clean near the line where the teeth and gums meet, but using excessive pressure will cause wear in the gum’s upper layer.

This will lead to gum recession, which means that it will separate from the tooth’s neck, a process that is not reversible. The gums won’t regenerate, and as the neck of the tooth is exposed, the inner layer which is referred to as dentine will become compromised, being more susceptible to deterioration resulting from bacteria which feeds on it. Over time the teeth will display greater sensitivity due to the nerve endings which are exposed, particularly to hot or cold food and beverages.

Aesthetically speaking, gums which become eroded will make the mouth appear unsightly since the dentine which is exposed will display a yellow color, rather than the white, shiny color which is seen in healthy teeth. Gum thickness is also very important when it comes to how you brush. Many people are born with gums that are naturally thinner when compared to others, which means they have a greater susceptibility to receding gums.

Those that have thicker gums will also have jaw bones that are stronger, which means that they can brush forcefully for a longer period of time without the adverse consequences of those that have thin gums. However, they too will eventually suffer the consequences that result from brushing too hard. Your goal when brushing should be to remove plaque as gently as possible. Plaque is the white sticky substance which contributes to decay. It is comprised of saliva residues, bacteria and food morsels. While brushing firmly to remove it seems logical, it isn’t, because plaque is a soft substance, and should not be confused with tartar, which is harder and the result of long term plaque buildup. Brushing hard won’t remove tartar; you will need the specialized tools and skills of a dentist. The purpose of brushing is to remove fresh plaque before it becomes tartar.