Do You Have Gum Disease? 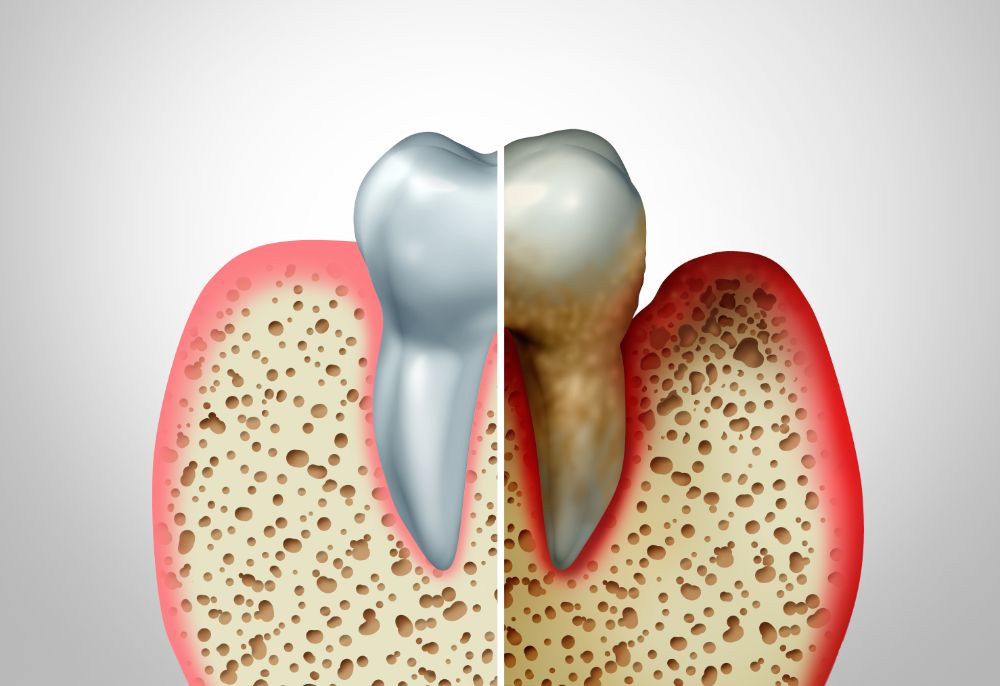 Gum disease often develops quietly and gradually, often without being noticed. Not until much later do most people seek medical help but by that time, significant damage has taken place. Apart from the damage that gum disease causes on your teeth, it has also been linked with far more serious conditions such as heart disease and diabetes.

Given the gradual nature of gum disease, progression of the disease is easy to arrest if caught early. However, most people don’t know what to look out for and what to do if they see the signs of gum disease. It then follows that one of the most important things you can do is to arm yourself with knowledge of the symptoms of gum disease.

This is the initial stage of gum disease. It is characterized by inflammation of the gums where they turn reddish and puffy. During this stage, patients may notice bleeding when they brush their teeth. Other symptoms include bad breath; gums become increasingly tender and may start to recede. Receding gums are noticeable because your teeth appear to lengthen over time which seem so because the gums that cover them are peeling back from the base of the teeth. If detected at this point, such as during a regular dental exam, the dentist would simply recommend a stricter oral care regime and that often is enough to take care of the problem. Unfortunately, most people either don’t notice the symptoms or choose to ignore them. Left unchecked, gingivitis moves on to the next stage.

At this stage, things become a little more complicated. In addition to the symptoms of gingivitis, patients may notice that their teeth no longer lock together the way they used to. Also, new spaces appear between teeth and occasionally, pus may be observed between the teeth. Eventually, as the disease progresses, the patient will start feeling pain when chewing. This is because the root of the tooth is gradually being exposed, leading to pain from the exposed nerves located there. If left untreated, teeth in the affected area are likely to be lost and it may cause damage to your jawbone.

It has also been suggested that the bacteria that causes periodontitis might find its way into your blood stream and possibly affect your heart and lungs. Although not enough research backs this theory up, there is a strong link between these cases to warrant concern.

What To Do If You See These Signs

Gum disease is caused by bad oral care, so chances are if you practice good oral hygiene; you are not only unlikely to get the disease in the first place but are more likely to pick up the signs sooner. Good oral hygiene involves regular dental examinations where any one of these symptoms is very likely to be spotted by your dentist and remedial action taken up. Possible treatment options at periodontitis stage include tissue grafting and flap surgery to reverse the effect of receding gums. Your dentist is also likely to clean out the gaps between your teeth to remove bacteria that may be present there. Finally you will likely be put on a strict oral health care regime to ensure that the problem does not recur. In the case of gum disease, the sooner you see a specialist, the less damage the disease is likely to cause. If you are looking for an experienced dentist to treat gum disease or for general dental examinations, call Dr. Alex Rubinov at (718) 253-0800.