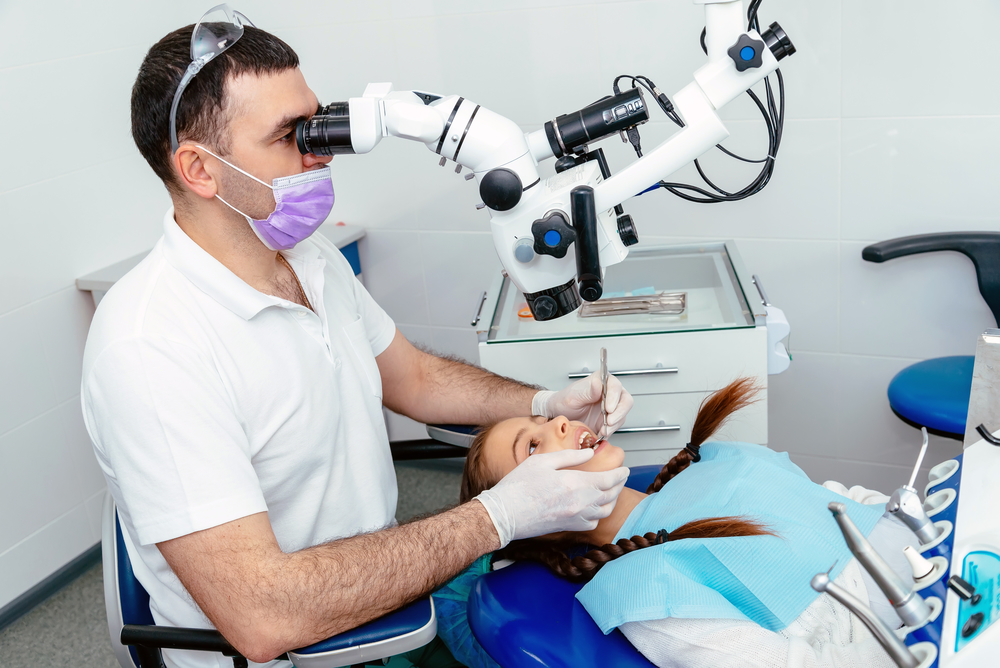 Ideally, every dentist should be using some form of magnification. One of the best is the 2.5x telescopes which are offered by Orascoptic. Even though they are technically telescopes, many refer to them as loupes, which are contraptions that utilize single element lenses. Telescopes, by contrast, use lenses which are multi element.

A dentist who begins using 2.5 x magnifications will notice a significant improvement. But when you throw in some quality lighting, the results are even more fantastic. Headlights which are fiber optic (such as Xeon provided by Orascoptic) are great, along with coaxial illumination. The greatest benefit of coaxial illumination is that the light is outstandingly bright and even regardless of if you’re utilizing reflecting or direction vision in the dental mirror.

This lighting system will be comprised of the light source (which is essentially a large box with a fan that is noisy) along with fiber optic cables which are quite delicate. This cable attaches to frames which a reflector punctuates with lenses that are clipped on a nose piece. This will allow the dentist to get up from their chair without needing to unhook the cable box. The box itself will be contained within a costly bulb that will burn out frequently and have to be replaced. The box itself will also burn out eventually, but not before you get a lot of use out of it.

Dentists that switch to 3.5x telescopes from 2.5x will often abandon the 2.5x telescopes completely. The reason for this is because there is a considerable drop in the light amount that gets through. This is how optics naturally works. The classical lighting used by dental chairs is simply not sufficient. It casts far too many shadows, and as a consequence won’t be parallel to your sight line. Dentists who switch to 3.5x lighting or greater must use headlights.

The Importance of LEDs

In the past dentists relied on ball bearings. Today everything has gone LED, and there is a good reason for it. LED headlights tend to have a light source that is embedded within the head piece and they don’t weigh much. They are connected via cable with the battery pack that can be easily placed in your lab coat pocket, or attached to your belt.

The LEDs offered by DayLite come equipped with dual battery packs. Each lasts roughly 24 hours if they are not turned on consistently. The beautiful thing about them is that while one is in usage, the other can be recharged. There are no bulbs that need to be replaced. The brightness of the LED can be adjusted via battery pack knobs and the light quality is absolutely astounding. The spotlight in particular is good since it is homogenous, which means that there are no spots which are hot or dark.