Can Seniors Get Dental Implants? 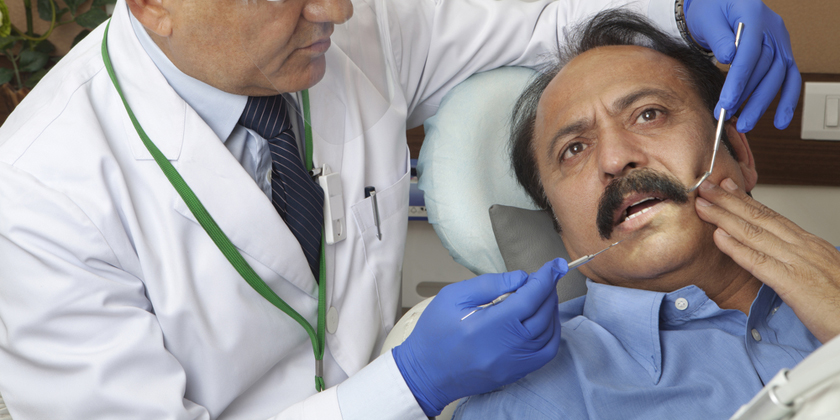 Advances in medicine and technology have contributed to an increased lifespan among those living in developed countries. Unfortunately, many people in these nations also consume eat a diet rich in sugar, sodium and fat, which has resulted in a decline in oral health. As a consequence, many dental patients are in need of implants, especially when they become seniors, but by then is it too late? Let’s find out more about dental implants for seniors.

While some feel that dental implants for seniors are not possible, this is far from the truth. The devices work just as well in older patients as they do in the young. While osteoporosis is a common condition among the elderly, it will not compromise their ability to receive implants. Research has shown that those in their 80s can take advantage of dental implants even in situations where they have experienced bone loss. The treatment will allow them to maintain a healthier diet while simultaneously enabling a more active and social lifestyle.

What Is The Recovery Time After Implantation?

A skilled dentist will be able to do the procedure with precision, and as such patients will recover from it much faster than is the case with tooth extraction. At most, it will take from three to five days for patients to recover, during which time patients might experience mild discomfort. Medication can be administered for relief and doctors have the option of implant restoration immediately after they use a denture which is fixed. In this case it may take from two to three months for the patient to heal.

What Treatment Options Are Available?

One of the most popular treatments is the positioning of between two and four implants so that removable devices are supported. This can be performed based on a patient’s tooth loss or decay level. Most dentists will recommend this, due to the functionality, stability and comfort.  The second option is placement utilizing a prosthesis which is fixed, which is also called the hybrid. For this procedure the doctor will fix between four and six implants which closely resemble normal teeth. The biggest benefit of this method is that it provides the most comfort.

Unlike other procedures, implantation does not involve denture flanges or extensions. The devices will also assist seniors in eating better, which ensures they get proper nutrition. Furthermore, accidental dislodging resulting from movement will be avoided as underlying teeth will be supported effectively. The jawbone will also be protected, which means that seniors will not suffer further bone loss. They can also continue eating the foods they desire without limitation.

Modern implants should not be confused with classical dentures. The reason for this is because with traditional dentures dentists must make adjustments to the jaw, which could result in the gums being permanently damaged. If this occurs it could significantly impact the ability of the patient to chew food. Modern implants, by contrast, do not require major jaw adjustments and as such damage to the gums will be minimal.