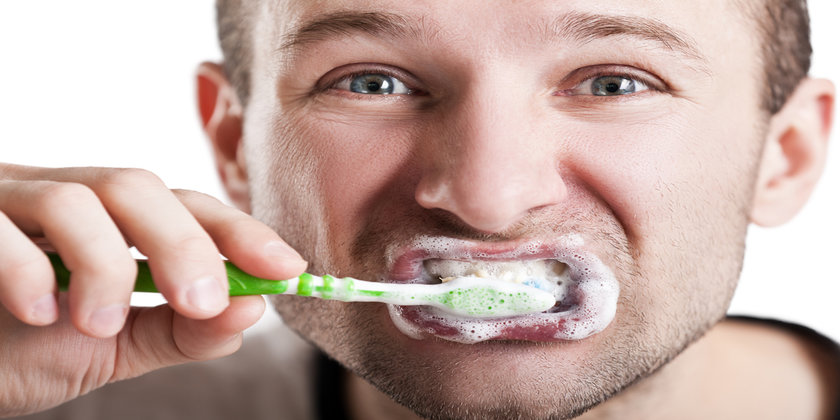 Tooth brushing sounds simple, so much in fact that most people take it for granted. Most see it like brushing their hair, which can be done in any way they want, with any brush. However, the teeth and gums are vastly different, and if you’re brushing them incorrectly, serious long term problems can occur.

Brushing The Teeth Too Hard

This tooth brushing mistake is understandable, especially in the morning. When most people wake up, they can feel the dirtiness in their mouths, and their partners or family members can smell their morning breath. It is therefore understandable that many people will scrub their teeth and gums like a dirty floor, but this doesn’t make it right. Your teeth and gums will suffer if you do it, and over time the gums may even recede. This in turn can encourage the growth of bad microbes which in turn can lead to gingivitis, then periodontitis and finally tooth loss if left untreated. The teeth and gums should not be brushed too hard or soft, but moderately. Always remember the teeth and gums want to be massaged, rather than scrubbed.

Brushing The Teeth Too Fast

One of the most common tooth brushing mistakes is brushing too rapidly. Specifically, it refers to moving the hand too quickly while brushing, not the length of time in which it is done. If you’re brushing too fast, this typically means that the bristles of the tooth brush are not effectively reaching the gum pockets, which is where harmful bacteria reside. Those who brush too fast also have a tendency to wiggle the toothbrush, rather than dragging it across the teeth, which means microbes won’t be a disrupted as they should be.

Remember, the main purpose of tooth brushing is to remove food particles from the teeth so that they don’t become thick, hardened plaque which will then promote the growth of bad bacteria. When brushing your teeth, it is best to move slowly, thoroughly massaging the gum line so that bad bacteria are disorganized, disrupted and destroyed. You will especially want to brush slowly if you have sensitive teeth, as brushing too fast will likely cause pain.

There are two types of tooth brushing, which are conscious brushing (where you’re paying attention to what you’re doing), and unconscious tooth brushing, where you’re not. Guess which type most people do when they brush? If you put the tooth brush into your mouth and just randomly brush this area and that, without a specific technique or plan, this is incorrect. When you brush this way, you will inevitably miss out on opportunities to target all the teeth and gums, and may actually harm them. No matter what type of toothpaste or tooth brush you use, make sure you have a plan and you’re paying attention to what you’re doing. And make a concerted effort to reach all of the teeth and gums, and don’t forget to brush your tongue.